Catecholamines are a group of similar hormones released into the bloodstream in response to physical or emotional stress.

The primary catecholamines are:

Catecholamine testing measures the amounts of these hormones in the urine and/or blood. Urine testing is recommended over blood testing.

The above functions only increase during and shortly after a stressful situation and the broken down catecholamines are then eliminated from the body through the urine. However a group of rare nervous system tumors (such as pheochromocytom, paragangliomas or neuroblastoma) can produce large amounts of these catecholamines and cause havoc inside the body, such as: 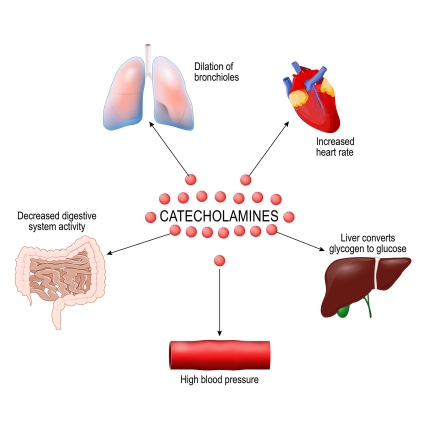 Why is the test performed?

Here are the ranges usually considered normal for a 24-hour period. These may be different depending on the laboratory that performs the test: