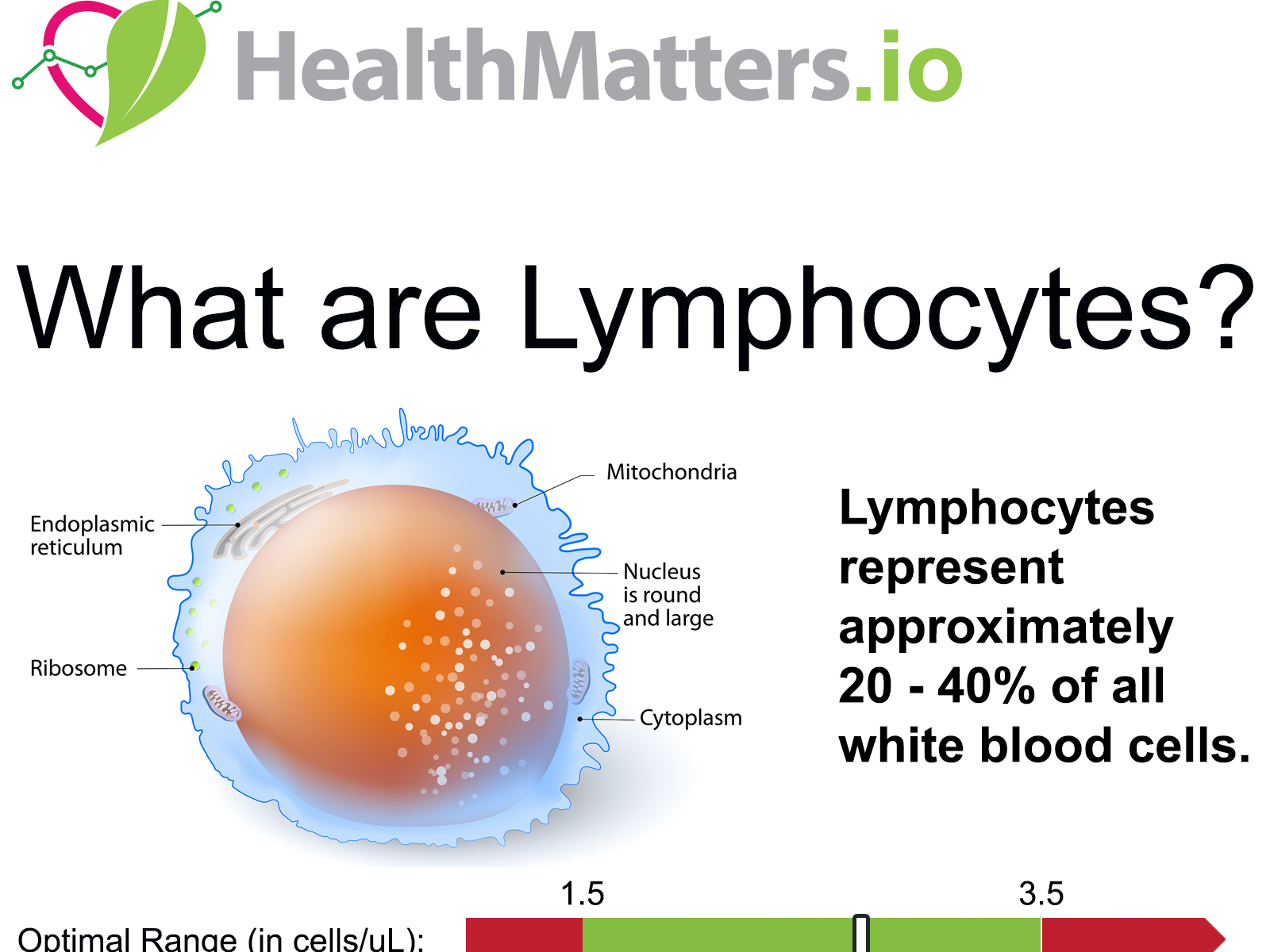 The normal reference range for lymphocytes is between 1.5 – 3.6 cells/uL.

Increases in the absolute lymphocyte count are usually due to acute infections, such as Epstein-Barr virus infection and viral hepatitis. Less commonly, increased lymphocytes may be the result of pertussis and toxoplasmosis or (rarely) chronic intracellular bacterial infections such as tuberculosis or brucellosis.

The lymphocyte count may also be elevated in:

Chronic lymphocytic leukaemia (CLL) and other lymphoproliferative disorders should be considered in patients with a persistent lymphocytosis.

For more information on Lymphocytes or other white blood cells, please visit https://healthmatters.io/understand-blood-test-results/lymphocytes