A Hypersegmented Neutrophil is an aged and degenerated neutrophil in which there may be 6-10 lobes (“segments”) in the nucleus. Neutrophils are one of five types of cell belonging to the white blood cell family. A neutrophil is considered as hypersegmented when the number of segments exceeds five. 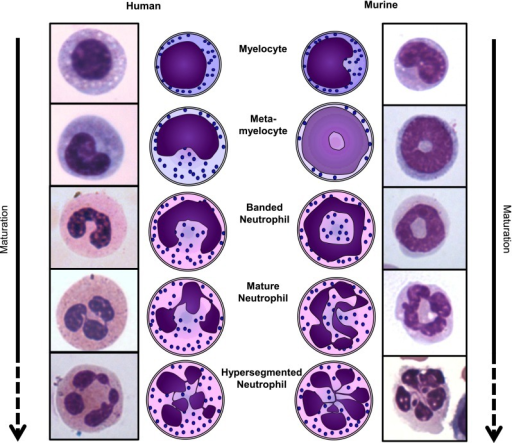