Dopac (aka 3,4-Dihydroxyphenylacetic acid) is a metabolite of the neurotransmitter dopamine. Dopamine serves as the reward and pleasure center in the brain. DOPAC and HVA (Homovanillic Acid) are dopamine metabolites.

Some of the enzymes that degrade dopamine are only found in specific regions of the body. As such some dopamine metabolites are only produced in specific tissues. Understanding how and where these enzymes function can provide valuable insight into how dopamine is functioning in specific regions of the body. In order to understand these functions, one must first realize Monoamine oxidase (MAO) is an enzyme present within the cytoplasm of neurons that breaks down dopamine to DOPAL. DOPAL, in turn, is very rapidly converted to DOPAC by a second cytoplasmic enzyme aldehyde dehydrogenase (AD). Because both of these enzymes are primarily found inside neurons, DOPAC levels are dependent on the amount of cytoplasmic dopamine. Combined measurements of DOPAC and dopamine have been used to assess the activity of dopaminergic neurons. This combination provides additional information than either parameter alone because a large portion of DOPAC is formed from dopamine without ever being released to the synaptic cleft. This suggests that DOPAC may be more closely related to the presynaptic dopamine levels while dopamine and similarly HVA levels, another important metabolite of dopamine that is formed outside of the neuron via the actions of catechols-O-methyltransferase (COMT), is related to the rate of neuron signaling. Said another way, extracellular DOPAC is related to the amount of dopamine made and stored in the presynaptic neuron while extracellular dopamine levels are related to the rate of dopamine released via the depolarization of dopamine neurons. 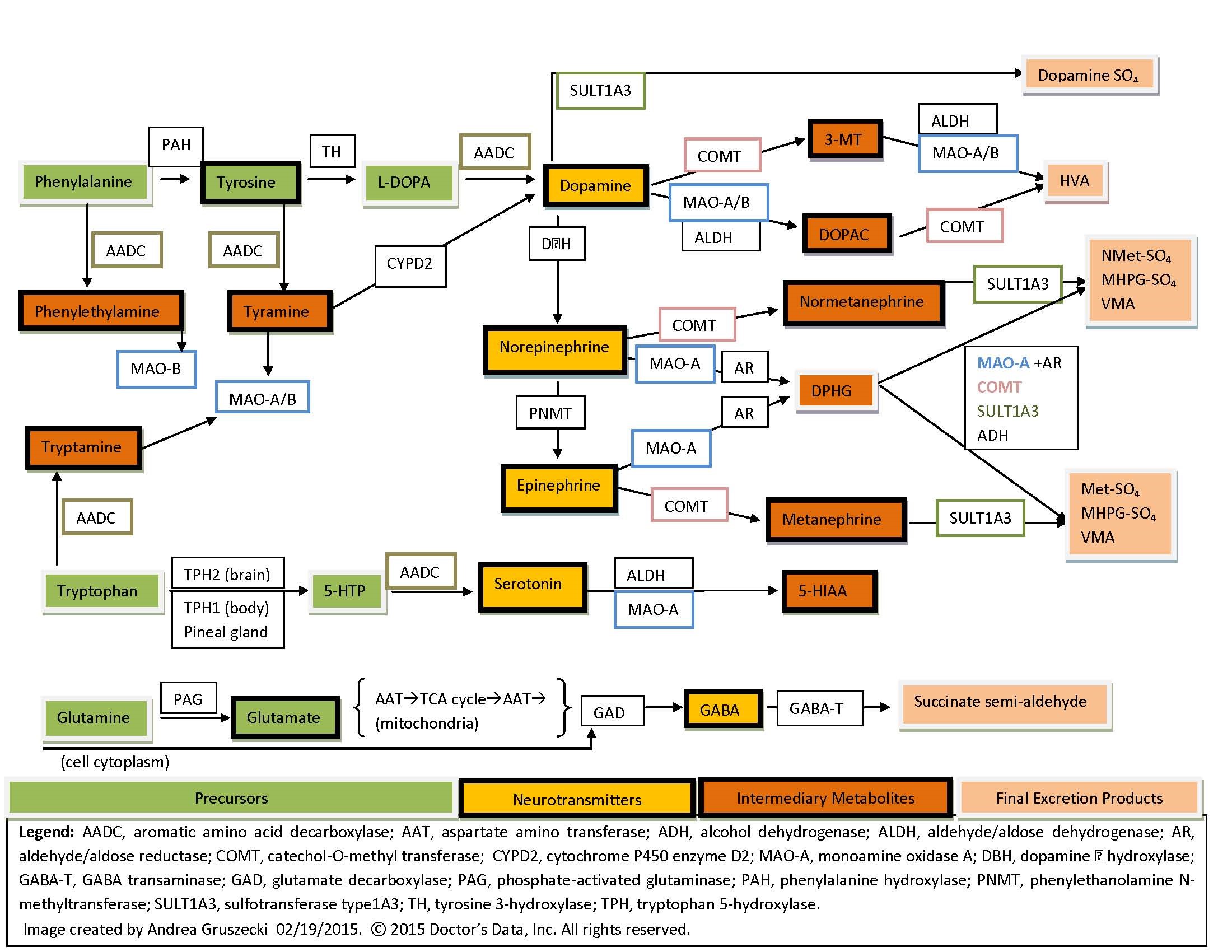 High dopamine is reported in patients with high in anxiety, stress, PTSD, and mercury toxicity.