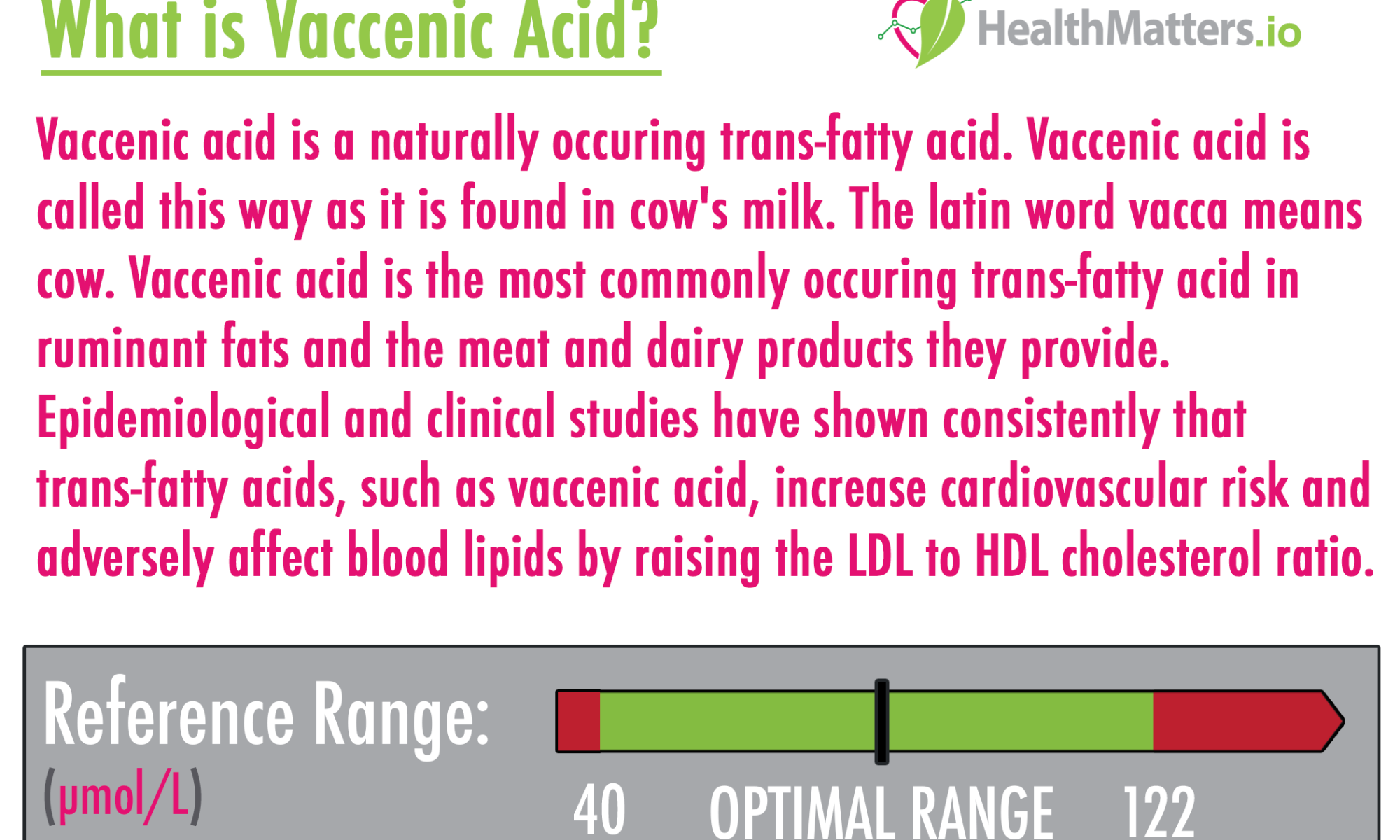 Vaccenic acid is the most commonly occuring trans-fatty acid in ruminant fats and the meat and dairy products they provide.

– A study found that patients with heart failure had particularly high levels of vaccenic acid in plasma and it was significantly associated with total mortality in that heart failure population.

– A cross-sectional study showed that vaccenic acid was positively associated with a reduced eGFR (=Estimated Glomerular Filtration Rate), which is a marker for kidney health and hence reduced kidney function.

– Trans-fatty acid consumption is a major risk factor for various disorders, including atherosclerosis.

– A prospective study of intake of trans-fatty acids from ruminant fat, partially hydrogenated vegetable oils, and marine oils and mortality from CVD. [L]

The National Academies of Science, concluded that the only safe intake of trans fats is zero [L]. Following a whole foods plant-based (=vegan) diet is recommended. To avoid all trans fats, avoid meat and dairy, refined oils, and anything that says “partially hydrogenated” in the ingredients list.